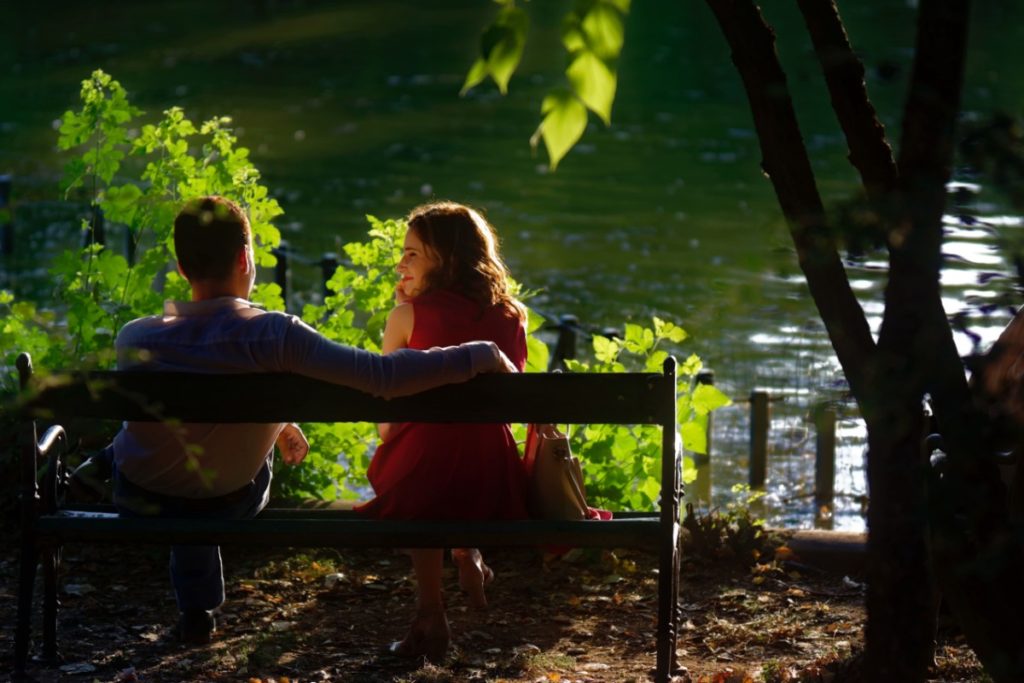 It’s February, which means Valentine’s Day is in the air. If you didn’t feel the pressure to couple up during the start of “cuffing season” (the cold months from October to March when you get desperate to have a serious relationship just so you can cuddle on the couch with someone), you may be feeling it extra hard now. And with so many ways to meet people these days, it can be easy to fall into a relationship, even if you’re not totally sure you want it long-term.

But the ease of finding someone that has come with hook-up culture and online dating has also made it easier for predators to find relationships, too. Even if you’re just out there to have fun, it’s important to keep your guard up. We tend to spend the initial stages of a relationship seeing nothing but good things about our intended partner, which can make it even more difficult to notice the bad parts of a new relationship. Here are a few red flags to look out for when you start dating someone new.

If He Lays it On Thick Really Fast 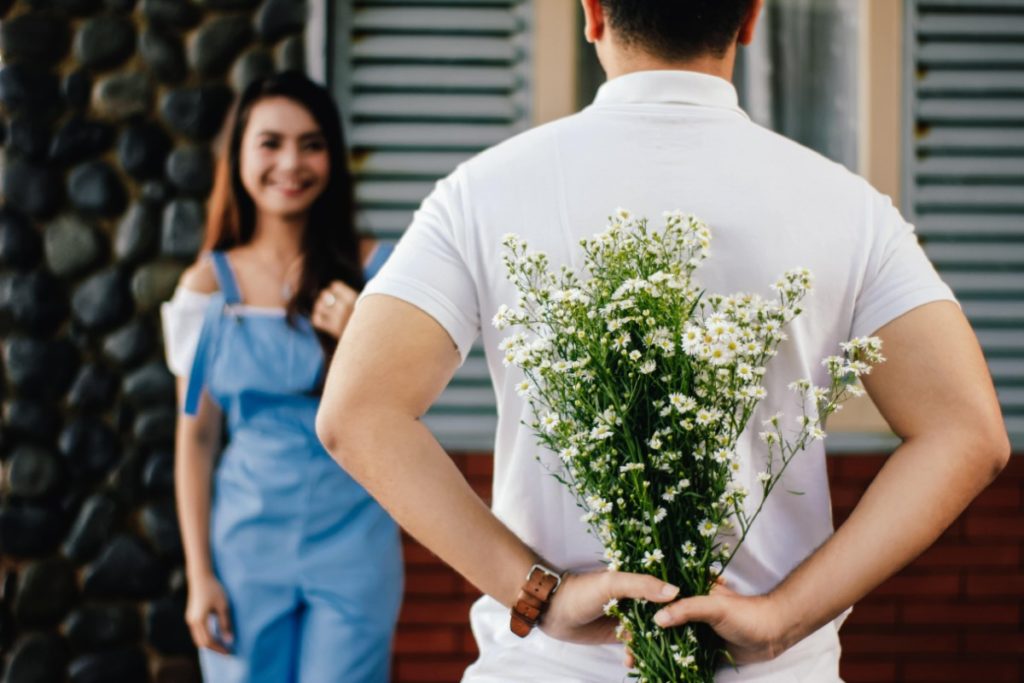 New relationships always bring a buzz with them. In fact, scientists say the first few months of a new relationship are as addictive as crack cocaine. In these initial stages, we tend to want to spend all our time with the other person, and when we’re not with them physically, we’re thinking about them. But there’s a line between the fun of a new relationship and someone moving too fast.

If a new partner is ready to declare their undying love for you really early in the relationship, it can be a warning sign. This isn’t to say that love at first sight isn’t possible, but someone who’s ready to marry you after one date probably has other issues going on. Also, if your new love is ready to drop everything else in his or her life to spend more time with you too soon, it doesn’t always point to a rosy future. An excessive amount of gifts or attention can reveal insecurity on the part of your new love, which can spell trouble later on. Abusers and predators tend to be extremely charming, and it can be easy to get lost in their declarations and attention. There really are relationships that are too good to be true, so if that’s how your relationship is going, take heed.

If He’s Possessive or Really Jealous

Jealousy is a natural part of relationships, and it’s bound to come up at some point or another. However, there are healthy ways to deal with jealousy. If your new beau is constantly asking you where you were and who you were with, that’s a big red flag. The biggest tactic that an abuser has to control a victim is to separate them from friends and family, and it starts with possessiveness.

An abusive partner may demand that you account for your whereabouts and keep total transparency in all your communications, especially with members of the opposite sex. Remember that you do not owe anyone access to your personal phone, email, or social media accounts, period. If your significant other is demanding to see your texts or messages, you need to set a boundary (and we would recommend getting out altogether). Trust has to be earned in any relationship, but excessive jealousy and possessiveness are never okay. If your new love asks you to stop seeing people or makes social gatherings uncomfortable, especially early in a relationship, you should seriously consider cutting ties. 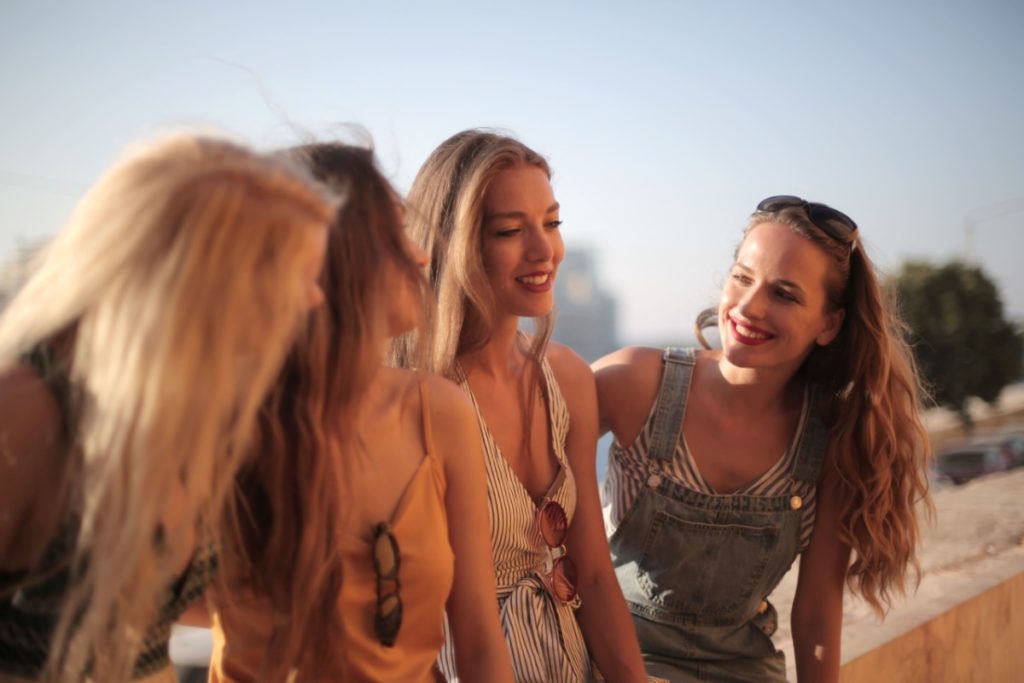 Your friends and family love you, and they’ve known you longer than anyone else. If your best friend is telling you she doesn’t like your new boyfriend, you should probably listen to her reasons why. Yes, sometimes people get a bad first impression of someone, or there may be other issues at play. But generally, the people who love us have our best interests at heart, and are willing to tell us the truth, even if we don’t want to hear it. Remember, you’re likely to be blinded by that new love buzz, and you may not be able to see red flags that your clearer-headed friends are seeing clearly. Asking your friends whether things are moving too fast or if there’s something wrong about the relationship can help you keep your wits about you.

Also, believe your friends if they come to you with bad news about your new love. We’re often ready to dismiss the concern of others as jealousy for our newfound happiness, but sometimes your friends know more than you do. If they tell you your new man has a reputation for stalking, abuse, cheating, threatening suicide, or other issues, listen to them. It can save you from a world of hurt later. Some rumors are just gossip, but a “crazy ex” in his past can reveal truths about who he is. If your friends have news about your new boyfriend’s past, you should take it into account.

If He Needs Money or Other Help Too Soon

Bad relationships aren’t always defined by psychological or physical abuse. Con-men and bad actors often use relationships to feed their needs, especially financial ones. If your new lover needs help with rent or utilities after a few weeks, or wants to move in with you quickly, this is a big red flag that he’s using you for something other than love.

People do fall on hard times, and we often turn to our significant others for help during those times. But someone who has just met you and doesn’t have anyone else in their social safety net is probably hiding something. If he needs money now and you’re his only hope, he may be hiding a drug problem, alcohol abuse, or other criminal activities that you absolutely do not want to get sucked into. One way to spot a con-man (like Dirty John) is noticing how often he’s moved around and how deep his roots are in his current community. If he doesn’t have any other friends or family nearby, and he’s new to the area, and he’s suddenly ready to move in with you and share finances today, get out now!

If You Don’t Feel Like You Can Trust Yourself

Red flags can sometimes come from within. If your gut is telling you something is wrong, you should listen to it. Here are a few feelings you may experience that mean your new relationship may be wrong for you:

Relationships can be great, but they’re not everything. Don’t overlook red flags just because it’s cuffing season or you feel lonely over Valentine’s Day.

If you or someone you love is in an abusive relationship, take a look at our Resources Page to find help. And if you’re in immediate danger of violence, always dial 911.

Shoutout to all the BOSS BABES in the #WomenAgains

Safety Tip: Going out on a date or with a group of

"If I'm going to the hospital, my attacker is comi

Self-defense skills give women the confidence to F

Safety Tip: If a stranger approaches you in a park

I established Women Against Crime 20 years ago to

"ALWAYS fight back against an attacker." -Trish Ho