If you’ve ever talked to your women friends about a friend who is or has fallen prey to a predatory scheme, you may have heard the following:

How could she fall for that?

Can’t she see how fake he is?

Why can’t she just leave him?

We’ve talked about the cycle of abuse and the complicated psychological reasons women go back to obvious abusers. But there is also another factor at play in predatory schemes: grooming.

Grooming is a tool that predators use to gain the trust of a target, and ultimately manipulate that trust to gain sexual, monetary, or other advantages. You may have heard the term as it applies to children, but adults can also groom other adults. In fact, some adults may use other adults, and particularly women, to help them in their grooming.

As with other forms of manipulation, grooming is not a simple cut-and-dry technique. It plays on an individual’s insecurities and, even in a strong-minded person, can wreak havoc psychologically.

Recognizing grooming for what it is can help you avoid being groomed yourself or help you support a friend survive a predator.

The Stages of Grooming

Master manipulators use grooming to get what they want out of someone, whether it’s sex, morally questionable behavior, money, or something else. (Does Dirty John ring a bell?)

Whether the target is an adult or child, the stages of grooming by the predator toward their target are typically the same:

Grooming is a common tool for con-men, pedophiles, and those with a narcissistic personality disorder. The results to a victim can be catastrophic, in terms of loss of self-esteem and personal safety, psychological trauma, and harm to the victim’s financial resources and personal wealth.

Abuse by proxy is another tactic that can be part of grooming. In this situation, an abuser will use others outside of the relationship to inflict further harm on the victim or even convince them to stay with the abuser. These third-parties are called “flying monkeys” in popular culture because they resemble the team used by the Wicked Witch of the West in the Wizard of Oz.

Most often, flying monkeys have no idea they are being used to groom a subject, because they have been convinced by the predator that he’s not a bad guy and his intentions are correct. They are often the abuser’s friends or family (especially spouses, girlfriends, children, friends, or siblings), enlisted by the predator to dismiss the victim’s concerns. A manipulator may also convince the victim’s friends or family members to side with him, or even authority figures such as police officers or pastors to side with the abuser rather than the victim.

What to Do if You See Grooming Behavior 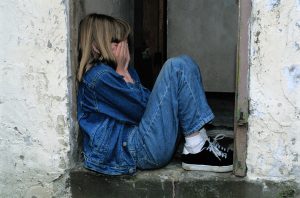 If you believe that your child is being groomed by a pedophile or adult predator, you should immediately take steps to eliminate or at least limit your child’s interaction with the person. You should also ask your child about their relationship and maintain open conversation with your child, offering a safe place to talk without judgment. Remember: the predator may have told your child that you are not a trustworthy person. You may also be unable to see the impending abuse right away if the abuser has put himself in a position of trust in your life.

Children who have been groomed and are undergoing abuse may withdraw from their normal lives. You may notice behavioral changes at home or new problems at school. The abuser may be working very hard to keep you from seeing what’s going on.

If a friend or loved one is the subject of grooming, it’s important to keep open lines of communication with them. Help them talk through their issues and point out where the abuser may be overstepping, such as:

Remind your friend that you are there for them, no matter what, and encourage them to get away from the abuser. Remember that because of the manipulation in play, your friend may get mad at you for trying to take them away from the groomer. Be patient and prepared as you would with any abuse victim.

If you believe you are the subject of grooming, take steps to ensure your safety before removing yourself from the relationship. Abusers will often lash out against their victims when they try to leave, and even if the groomer isn’t violent, this can lead to devastating consequences.

The best thing you can do for any survivor of any abuse, whether it started with grooming or not, is to offer yourself as an unconditional friend without judgment. That includes not judging yourself if you’ve fallen for a manipulative scheme, no matter what kind of damage it wreaked on your life. Manipulators are experts at using grooming tactics to get what they want out of people, even if that means destroying the victim in the process. It’s never the victim’s fault.

If you or someone you know has fallen prey to a groomer, visit this page of Women Against Crime for a list of resources and organizations that can help. No one should ever make you feel bad or take you away from your friends and family with ill intent.

#BraveWomen take their personal safety into their

💞 How to Book a Group Training: ♦️ Gather

My current focus is utilizing my professional expe

"My biggest mistake was the fact that I believe th

I blend personal and professional experiences to t

"Walk confidently from the moment you step out of

Testimonials like this are why I am so passionate

Self-defense classes are the best way to prepare f

Avoid alleys and dark places. That is the ideal lo

Thank you for another wonderful year and for trust

My current focus is utilizing my professional expe

Girls, this one is for you. 📣 There is no ques

According to experts, there are several reasons wh