8 Safety Tips That May Save Your Life

As women, we understand that we are more likely to be targeted for assault than a man. On average, 11.9 million women are assaulted annually in the U.S. Additionally, 15 to 25% of all women will be sexually assaulted in their lives, according to the CDC. However, this doesn’t mean that you have to constantly be scared. Instead, choose to be aware and protect yourself with preventative safety measures.

A woman’s worst nightmare is being caught alone by someone who means to do harm. Though it’s not always possible to prevent these attacks, they can often be circumvented with a few easy safety measures.
Make eye contact.
○ This isn’t a normal thing for people to do, as it causes some discomfort. It will make a potential attacker uncomfortable as well because he doesn’t want to be identified later. If you meet the gaze of people you pass, they will think twice before choosing you as their target.

Be aware of your surroundings.
○ It seems like this is the most common safety tip women hear, but that’s because it works. Women are less likely to be attacked if they notice something off about the area or people in it. Reminders are unfortunately very necessary, as many people keep their eyes glued to their phones. Walking alone is not the time to text or read an email.

Don’t talk on your phone.
○ This seems counter-intuitive to many women because they believe if they’re talking to someone, they are a less attractive target. This isn’t true. It’s much safer to hold your cell phone with 911 pre-dialed or take advantage of a free safety app that automatically calls 911 if you take your finger off the screen.

Check out your car from a distance.
○ Before getting all the way to your car, look it over. Check underneath it and look at the spaces next to it. If there is a suspicious vehicle near your car, don’t go close. Does it look like you have a flat? Go back to wherever you came from or to the first safe public area to call for help. You may be able to change a tire, but you can’t do it and defend yourself simultaneously. 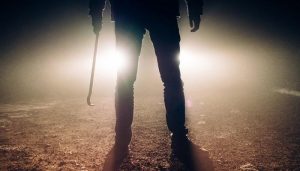 Being at home gives people feelings of safety and relaxation. Your space is where you are comfortable. Taking extra safety measures doesn’t change the fact that your home is your space to unwind, it just means that your peace of mind increases.
Check your screws.
○ Replace the screws in your door strike plates as soon as you move in. The builder or building manager will go the cheapest route possible, meaning you get flimsy screws that won’t hold up against a strong kick.

Don’t post where you are.
○ It’s great to be able to share pics with your friends on social media, but don’t ever put your location until after you’re back home.

Leave the lights on.
○ I know your Dad fussed at you for leaving the lights on during your formative years, but it makes your home look occupied, keeping nefarious people far away.

Don’t list your name on an apartment buzzer.
○ If you’re expecting people, then tell them the number to push. No one else needs to see your name on the plate.

Remember that your safety is the most important goal at the end of the day. You don’t have to live like someone is after you all the time, but be aware and take precautions. You will be less scared by making proactive steps toward your own safety.